So today I gave a guest lecture to University of Portsmouth MA Fine art students. I spoke all about my life as an artist, running a gallery and my journey. We passed around my toys, watched a bit of Beautiful Losers and I hope I inspired them. Afterwards they invited me into their studio space.

A big thank you to all the students who listened, laughed, asked questions and were so kind to an overly animated women with a beaten up suitcase. 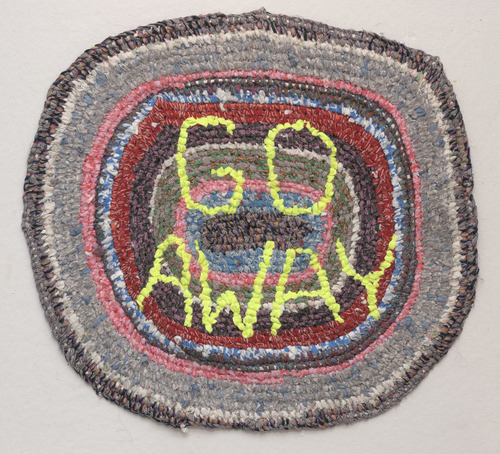 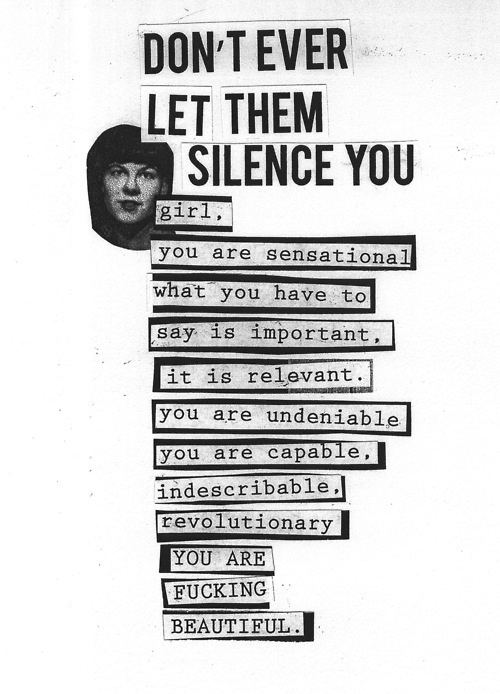 I can honestly say I have never been so busy or felt so empowered. I have always felt a bit like life sometimes happens to you and not with you.

I have been listening to lots of Sonic Youth and riot grrrrl stuff, hence the art work and Kim Gordon.

Also the recent weather has made me look at lots of art that uses muted colours, blacks, silvers and greys. It could totally make you feel despondant or it could remind us of what awaits us come Spring. Either way sometimes its best just to be lost in the moment.

I can knit but somehow never got the hang of it. I can do a few stitches and knit squares and scarves but other than that I fail greatly.

Crochet however I love so much and it somehow clicked in my brain and now we are firm friends. I just wish I had more time to work on bigger crochet projects. Here are some beautiful crochet pieces, I rather like the idea of the lampshades, maybe thats the next project!

So make a hot tea and look at these wonderful spaces and lets dream together of a place we can escape to.

Wow that was quick! Another week has passed us by and I hope that everyone has returned happily to work, school and home life routine feeling happy. This time of year can feel so dull and the art’s and culture can provide us with a much needed boost. So go visit a museum, gallery or park this weekend and feel good.

Here is a pick of some wonderful illustrative work to give your eyes and mind a boost! (click on the images for links, yay)

Every now and again I come across the work of someone I just fall in love with. Starling Brood is just this and it’s love at first site.

Quiet, muted and beautifully crafted items in her online store from ceramics to embroidery with a love of tea and mycology. She even worked with Bjork to design new musical instruments and her bio is inspiring. 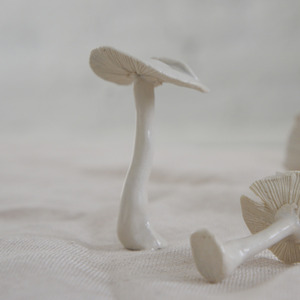 Let’s get fresh with some ideas for making super awesome things. It’s not hard just use your hands and begin to create something new.

Sometimes it’s hard to set aside a time for being creative. I find early mornings with a cup of coffee work well and sometimes I just don’t ‘feel’ like I can do it.

Late last year I came across this wonderful project Things and People the images with accompanying stories make for an engaging combination. I decided to contact the artist behind the project for an interview.
1. How did you conceive the idea of ‘Things & People’?
The project was really a happy accident. I’m from a family of shop keepers, my mum’s shop celebrated its 50 anniversary this year. My elder sister has a shop which had its 10th anniversary in 2009. We produced a small book to thank customers and give to the press. In it I wanted to celebrate independent retailing, to show the relationship between my sister as a shop keeper with her customers. This is something I was brought up with, my mum really knows her customers – their size and shape, their preferences, bits about their lives, my sister Victoria has this same knowledge. I thought it would be lovely to photograph a customer for every year that the shop had been open and the object that they’d bought that year. My sister effortlessly reeled off ten customers, what they’d bought and when. Most of them were based in Winchester, I’d recently moved back from the states and it was great to get on my bike again and cycle around a small city meeting people and photographing them. I enjoyed every aspect of it, chatting over a cuppa about what they’d bought, shooting and then editing the pair of images to use. I loved it so much I didn’t want it to end – so thingsandpeople began.
2. How long has the project been running?
It’s been going for just over two years with one posting per week.
3. Are there any objects or people that stand out to you from all your interviews?
They’re all very different which makes it hard to choose and is partly why I love them as a collection, I love the breadth (click on images for a link to the text), from silly –

to sad and moving –

4. Whats your background, did you study at art school?
Yep, an epic stint at various art schools, six years in all. I graduated from St Martins, took a year out and went to the Royal College of Art for my MA.
5. Have you or do you intend to exhibit ‘Things & People’?
I’ve not exhibited it, it’s more about stories than anything else. I think maybe a book before an exhibition.
6. Do you have any other projects on the go at the moment or plans for future projects?
As far as plans outside of my real job – I want to do another installation for End of the Road festival this year, in 2011 I made a series of bicycle powered washing lines! I want to keep working with my photographer friend Sara Morris, we’ve done a bunch of stuff together – I have an idea, prop, style and art direct and she lights beautifully and photographs. Our first project next year is for 100% Design.
7. This is cliche I know but do you have a ‘thing’ that means a lot to you?
I have lots of things that mean lots to me but a set of 60s Melamine cups and saucers aggregate a series of stories for me. My younger sister was getting married and my elder sister and I went to Covent Garden to buy flowers for the wedding. The stall holders were very funny, there was lots of silly shouted banter between them – ‘Kev, your Viagra’s come in, shall I bring it over?’. So I have this lovely memory of buying flowers with my giggling elder sister. We got home and had to empty out any receptacle we could find to keep the flowers fresh, the dustbin, pots and pans and a big cow creamer that my mum climbed up to reach from a high shelf. She shrieked – inside was a Christmas present for me that she’d hidden so well that she’d lost it for two years. I love that my mum knew that I would adore this red and white plastic cup and saucer set and I love that she found it in an old charity shop. I also love that the cups themselves tell a story, two of them have a tea tide mark and two are immaculately unstained, I imagine an old couple who didn’t have people over and just used the same two cups for themselves over years.
8. Do you invite people to submit there objects to you?
I’d be very happy to photograph anyone, it is more a story site, so the monetary value or aesthetic value of the objects is less important than the narrative attached. A good story is really what I’m after.

Artists journey…
After college I worked at a design company called Pentagram for four years, I loved it so much I was worried I’d never leave so I booked a ticket to Australia and travelled around for three months. Back home I had an abortive attempt at launching a magazine with an old friend, I then took a job as Art Editor for Time Out in the hope that I’d learn enough to make a better job of launching our own magazine – I learnt lots from my fantastic Art Director for a few months before he left but I discovered that I wanted to do more than editorial design. I freelanced for a bit then got a job at Apple in California. I had a great life in San Francsico for four years. Four years was enough to make me hanker for home and broader work than I’d produced at Apple. I freelanced and did my own work for four more years before another happy accident landed me a job as a Creative Director at Wolff Olins – I went in to talk to their designers about my work, including thingsandpeople and they suggested I come in for an interview.

Happy New Year to all my wonderful, friends, family and readers! Yesterday I had a fun photo shoot by! I have never had ‘proper’ photos done of myself. (Mostly selfie shots for instagram.) So he made this lovely little montage and I adore it.

I hope you are feeling positive this morning and I look forward to another year of blogging and sharing my creative adventures with you.